Letters: Electricity’s future will dependent on fossil fuels while storage technology grows | Letters to the Editor

There are many misconceptions about power generation and the electric grid, and a letter Tuesday contained many.

If it was a simple matter of generating electricity and not managing the grid, the world would be simpler, but that is not the case.

Electricity is a just-in-time commodity: The amount being generated at any moment must equal the demand, otherwise the system will not provide the correct voltage and frequency to operate our equipment.

While solar, wind, hydro and other nonfossil types of generation are cleaner and can supplement our needs, they are not an answer to global warming because they cannot be managed to be available on demand.

For example, when a large industry needs an additional 100,000 kilowatts within 10 minutes, that demand cannot usually be met with renewable sources.

It may be dark, with no wind and in an area where there is little or no hydro power.

So the types of generation that can meet a surge in demand are coal, natural gas and oil.

Output from these types of units can be managed by increasing or decreasing fuel input rapidly, allowing the industry to run its equipment without causing chaos for other customers.

When we develop technology to store power in large quantities for long periods of time (think large batteries), renewables can possibly play a greater role in our future.

This is a question of science, not politics. For the moment, fossil fuels are necessary to power our world.

Following the dark year of illness and loss for many as well as isolation, restriction and unease for all, I am grateful for the beginning of a return to a pre-COVID-19 life.

Adding to the good news is the announcement of two wins for the environment and all South Carolinians, especially those of us who live in the Lowcountry: the state’s proposed purchase of the Sisters of Charity of our Lady of Mercy property on James Island and the denial of a permit that would have led to the development of Captain Sam’s Spit.

These are extraordinary actions with far-reaching impact for good. Thank you to everyone who made these happen. 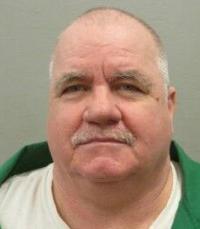 The front-page article Tuesday about the two death row inmates scheduled for execution hit a nerve.

These men were found guilty of brutal murders more than two decades ago. Yet they both still are still alive and draining government resources.

Whether it’s the electric chair or firing squad, the state should complete their sentences.

Once an individual has been found guilty of murder in a court of law, with no questions remaining as to their guilt, proceed with the execution.

With more than 2,500 inmates awaiting execution in the U.S., those who unquestionably committed murders should have their sentences carried out, including Dylann Roof.

All lingering doubts of guilt must be satisfied before carrying out executions.

Get a weekly recap of South Carolina opinion and analysis from The Post and Courier in your inbox on Monday evenings.

But once established, the state should carry out the execution in a timely manner.

There is no question that global warming is responsible for extreme weather, but to believe that these events are preventable is pure fantasy.

Although we can provide warnings, the formation of hurricanes, typhoons, tropical cyclones and tornadoes is not under our command.

The simple truth is that we cannot change Earth’s orbit around the sun nor adjust the tilt on its axis.

We cannot change the orbit of Earth’s moon or control its gravitational forces. We cannot adjust the intensity of radiation from the sun or increase Earth’s magnetic field. We cannot stop the movement of Earth’s tectonic plates or prevent volcanic eruptions.

These are some of the many existential factors fueling global warming.

Throughout Earth’s history, the climate has been changing and global warming will continue to fluctuate well beyond human reign.

To politicize the climate by focusing on manmade greenhouse gases is ignoring the science of planetary evolution. It is way more complicated than that.

We can, and should, reduce carbon dioxide emissions for a healthier environment. Improvement in air quality by developing cleaner running vehicles and power plants is a realistic goal.

Leaders who plan for ways to deal with the future effects of melting glaciers, rising seas, droughts and monsoons understand the science and recognize that we will need to adjust our way of life in the future.

The June 4 Post and Courier had an article about state Sen. Mia McLeod launching her bid for governor in 2022.

In the article, a spokesman for the Republican Governor’s Association said former Congressman Joe Cunningham and McLeod “would both love nothing more than to turn the great state of South Carolina into a liberal wasteland, and this Democratic primary will be all about who can do it quicker.”

I am tired of the negativity of our political campaigns and suggest that the upcoming elections focus on policies and potential contributions each candidate brings to the campaign versus what we have experienced in the recent past.