At its Intel Architecture Day 2021 this month, Intel provided a glimpse into its 12th-generation Intel Core processors based on a hybrid architecture for PC users, code-named Alder Lake, and designed chiefly in Israel. The chips work with Intel Thread Director technology, a type of controller built into hardware that will enable the upcoming Windows 11 operating system to better manage active and background tasks and workloads on PCs.

Alder Lake is Intel’s “most intelligent client system-on-chip (SoC) architecture,” according to the announcement, featuring a combination of Efficient-cores and Performance-cores for faster, better-performing PCs. Alder Lake mobile chips are also in the works.

In an internal presentation earlier this month, Raja M. Koduri, chief architect and senior VP of Intel’s architecture, graphics and software division, provided a deft analogy between the design of Alder Lake and that of hybrid cars.

“The fastest racing cars in the world like in Formula One use hybrid technology to achieve maximum performance. In addition to the conventional turbocharged engines that give them top speed and enough range to make it to the finish line on a tank of fuel, they add electric power to blast them out of the corners with acceleration that cannot be achieved with conventional engines,” he said.

Alder Lake is a high-performance hybrid processor based on two cores that will “delight billions of PC users,” declared Koduri.

Guy Shalev, the design manager of Alder Lake desktop processor, told The Times of Israel in a phone interview on Thursday that hundreds of engineers in Israel worked with teams across the world to develop Alder Lake. 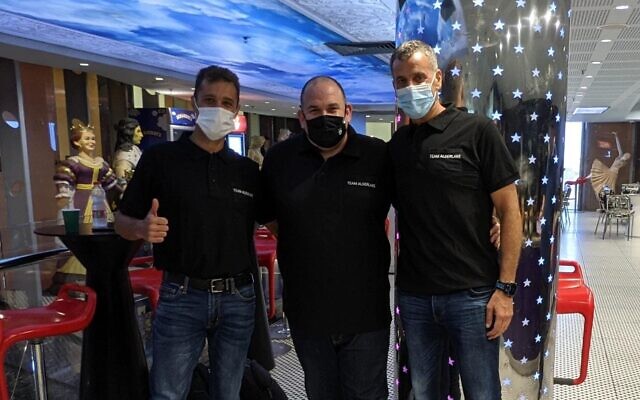 “We are super proud to share this product with the world. It is a huge development and the first client product that really takes two very complex cores and combines them into the product known as Alder Lake,” he said.

The processor will allow PC users to scale their workloads — watch a video, type, search, run software, play games — while conserving energy and delivering better performance, Shalev explained. And with approximately 80 percent of world PCs built with Intel processors (according to internal data), this tech is set to benefit billions of people across the globe.

“Any task you choose [as a user] will get the best possible performance,” said Shalev. 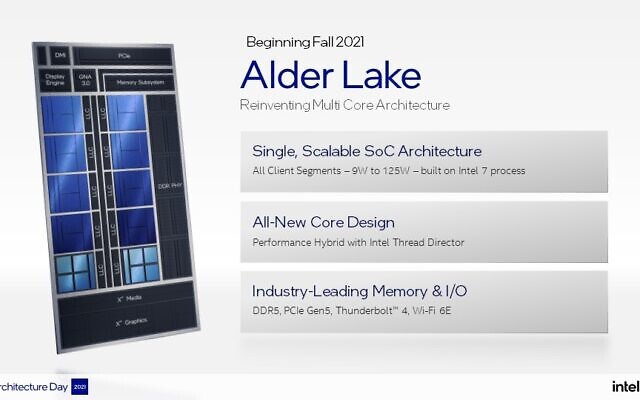 Alder Lake has been in the works for several years and has been a “big project” for Intel’s Israeli teams, he revealed.

Products based on Alder Lake will begin shipping later this year as Intel gears up to reveal more details and specifications about the tech.

Intel’s new announcements come with competition among global chipmakers heating up as they strive to make custom chips to boost computing systems’ performance amid a world shortage of semiconductors. There are billions of chips used for everything from phones and laptops to cars and cloud computing, making them the engine of the tech industry. But manufacturers can’t do much without a steady supply of them.

Last month, The Times of Israel reported how tech giants in the semiconductor space are going all-in in Israel, where they are betting on top local talent to drive their efforts forward.

Intel, alongside multinational giants like Google, Microsoft, Facebook, and Nvidia, have all been setting up or expanding their chip design operations in Israel – cementing the country’s position as silicon workhorse alongside its status as Startup Nation.

Intel to expand in Israel

Earlier this year, Intel announced planned investments in Israel that will “significantly extend” its research and development facilities locally and boost manufacturing capacity.

The semiconductor giant is setting up a new $200 million campus in Israel to develop the “chips of the future,” and plans to recruit some 1,000 new employees in 2021. 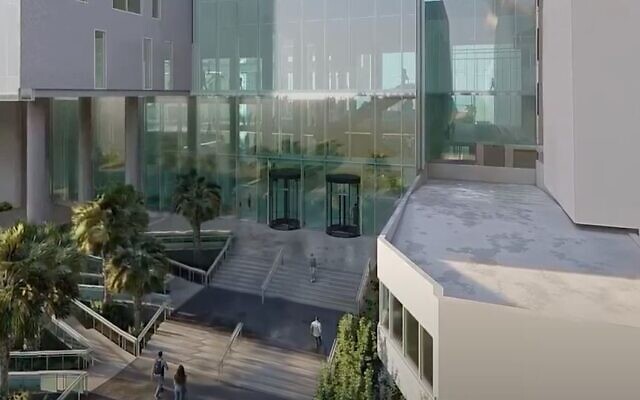 The new campus, near the beach in Haifa, will be home to 6,000 hardware and software developers, will spread over tens of thousands of square meters, and be built according to a new “hybrid model” in which thousands of workers will be able to work partly from home and partly from the office, the company said in late April ahead of a visit to the country by the new CEO, Pat Gelsinger.

The facility is set to be completed in 2023.

Intel also announced in April that it is investing $400 million in Mobileye, a Jerusalem-based maker of self-driving technologies, for its new research and development campus. Intel acquired Mobileye in 2017 for $15.3 billion.

The US firm also bought chip maker Habana Labs for $2 billion in 2019, and the smart-transit startup Moovit for $900 million in May last year. 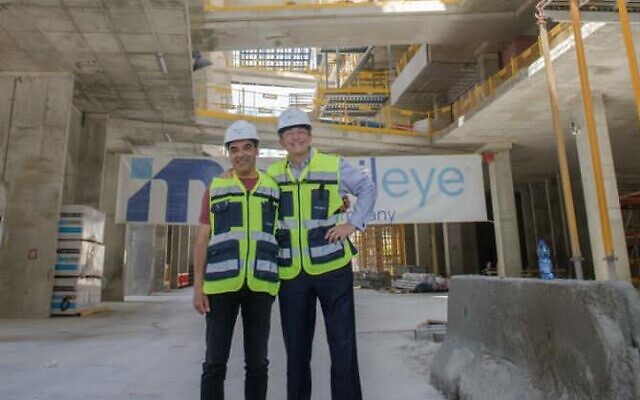 Intel is the largest private employer in Israel with 14,000 workers: 7,000 development workers in all of Intel’s development centers, 4,900 production workers and 2,100 employees in Mobileye, Moovit and Habana Labs. The company currently has three major development centers located in Haifa, Petah Tikva and Jerusalem, and an advanced chip manufacturing plant in Kiryat Gat, which Intel is expanding.

“Our continued investment to extend our existing R&D facilities and increase our manufacturing capacity in Israel, coupled with our acquisitions of Mobileye, the global leader in driving assistance and self-driving solutions, Moovit smart-transit, and Habana Labs for leadership AI, promise a vibrant future for Intel and Israel for decades to come,” Gelsinger said in a statement in late April.

The Climate Crisis and Responsible Journalism

As The Times of Israel’s environment reporter, I try to convey the facts and science behind climate change and environmental degradation, to explain – and critique – the official policies affecting our future, and to describe Israeli technologies that can form part of the solution.

I am passionate about the natural world and disheartened by the dismal lack of awareness to environmental issues shown by most of the public and politicians in Israel.

I’m proud to be doing my part to keep Times of Israel readers properly informed about this vital subject – which can and does effect policy change.

Your support, through membership in The Times of Israel Community, enables us to continue our important work. Would you join our Community today?

Join the Times of Israel Community

Already a member? Sign in to stop seeing this