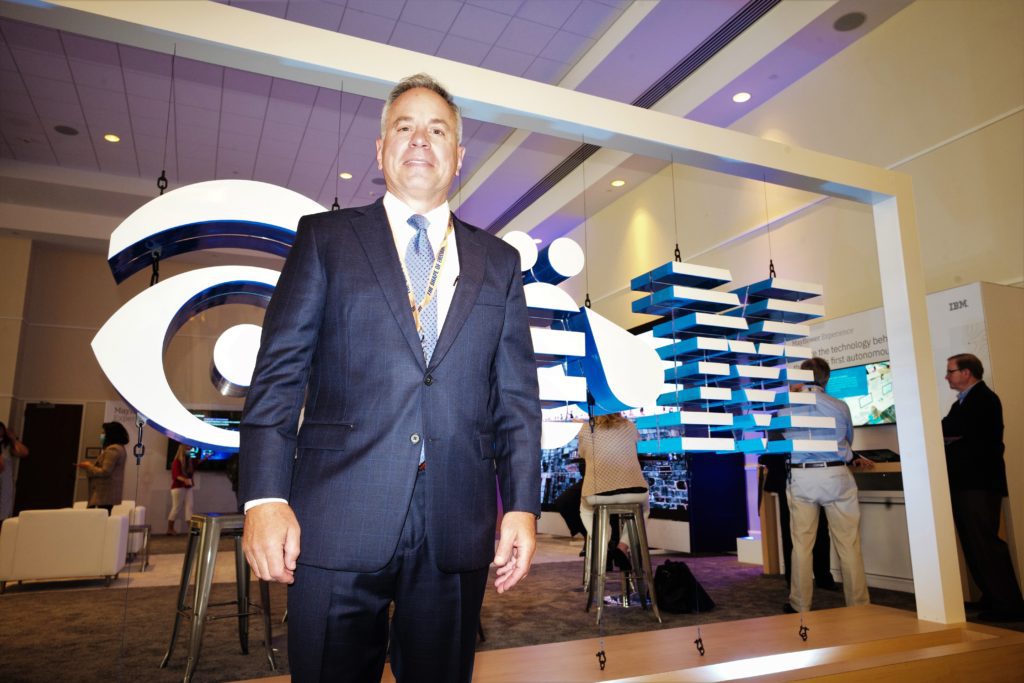 IBM is leveraging hybrid cloud computing and AI — what it calls augmented intelligence — to create new technology systems, such as its Mayflower unmanned surface vehicle, capable of making its own decisions while far from port.

Ray Spicer, a retired U.S. Navy rear admiral who is now vice president of defense and intelligence at IBM, says “hybrid cloud and AI is where the company is really focused these days, very heavily.”

Rather than concentrating data into one large cloud, IBM is able to work with various types of clouds, whether they are personal or public, small or massive.

“Having all those clouds being able to uplink together is the way to go,” Spicer said.

A hybrid cloud scenario allows the company to “containerize” apps that can pluck the data they need from a cloud where it resides, which “allows you to move the workloads to the data” rather than the other way around.

An example is the computing system Watson, which famously won on “Jeopardy!” in 2011. It has only gotten smarter since then and has been broken into component segments aimed at different markets, from financial operations to customer service to health care.

This sort of flexibility contributed to Mayflower, which leveraged technology from other industries. For example, software aimed at enabling rapid fraud detection can also be used to help Mayflower make rapid decisions on the high seas.

This sort of AI is helpful for things like collision regulations, or colregs, the rules of the sea, Spicer said. Sailors forget them from time to time and have to be retrained, but “you teach AI one time, and it doesn’t forget.”